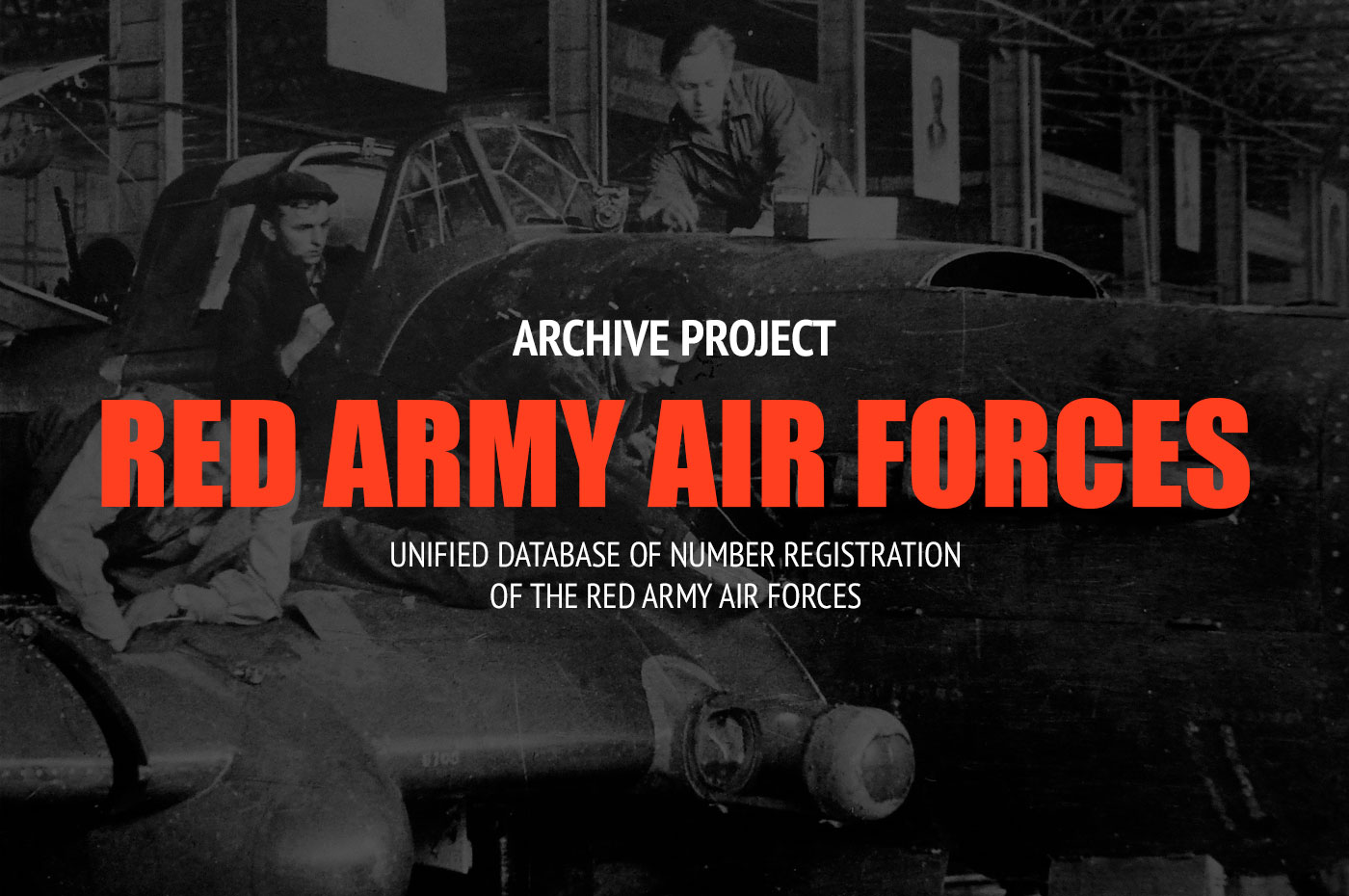 One of the key exploratory researches carried out by the specialists of the Center for Contemporary History is the work on the search, study, and identification of the Second World War aircraft, carried out, among other things, within the framework of the project of the Search Movement of Russia “Homeland sky”. The study of archival materials is a crucial element of this work. Over the years, we have accumulated considerable experience in archival work and created a database that allows us to identify aircraft and their pilots efficiently.
We should note that the database introduced into scientific circulation is not limited to the funds of aviation units and formations of the Central Archive of the Ministry of Defense (CAMO) of the Russian Federation. We have analyzed several funds in the Russian State Military Archive (on the losses of the Red Army Air Force in armed conflicts on Khasan, Khalkhin-Gol, in Finland and Western Belarus); materials on losses during the Alaska-Siberia air route, and documents of special-purpose aviation groups (before the war, parts of the Civil Air Fleet) – in the Russian State Archive of Economics (RGAE); materials on the production of aircraft in the funds of aircraft factories of the People’s Committee of the Aviation Industry; materials of foreign archives, etc.
The difficulties that arise when you identify aircrafts and establish the names of their pilots are well known. There is no single list of aircraft numbers properly cataloged, components, and assemblies in archival documents– often the only source that allows establishing the aircraft and its crew. Groups of enthusiasts and individual researchers work with the records of the Red Army aviation units, accumulating disparate databases with information about the numbers of aircraft and engines. The lack of a consolidated database often forces researchers to start archival searches “from scratch” and request archival files that their predecessors have repeatedly studied.
The Center for Contemporary History has made information about the numbers of aircraft and engines gathered over the years available to the public. That provides an opportunity to check whether there is information about the aircraft or its engine that was found during search operations in our database. For further information (part’s number, pilot’s name, the fate of the aircraft, etc.), it is enough to fill out a short feedback form, and we will provide the information you are interested in free of charge.

We invite all researchers who have databases of aircraft numbers and engines of the Red Army Air Force to join the project.

If you are eager to participate in the project, it is enough to provide information on the numbers of the plane or its fragments. We do not require any additional data. This numbers will be added to a Single database. When a request is received, we will redirect it to the owner of the information, if necessary, notifying the interested party about the conditions for obtaining detailed information specified by the owner** (for example: indicating the location and photos of the detected license plates for the international database of found aircraft).

We recommend that you get acquainted with the Information about the features of the identification of Red Army Air Force aircraft by numbered units and aggregates.

*We believe that it is necessary to create a single resource with information about the places of aircraft crashes during the Second World War and maintain a single generally accepted documentation about the places of detection and the facts of conducting search operations at the places of aircraft crashes. We provide the information we have to those who share our scientific approach and are ready to participate in the cataloging of air accident sites discovered by search associations or individuals.

**We do not cooperate with researchers who offer to add information to a Single Database to provide it later on a commercial basis.