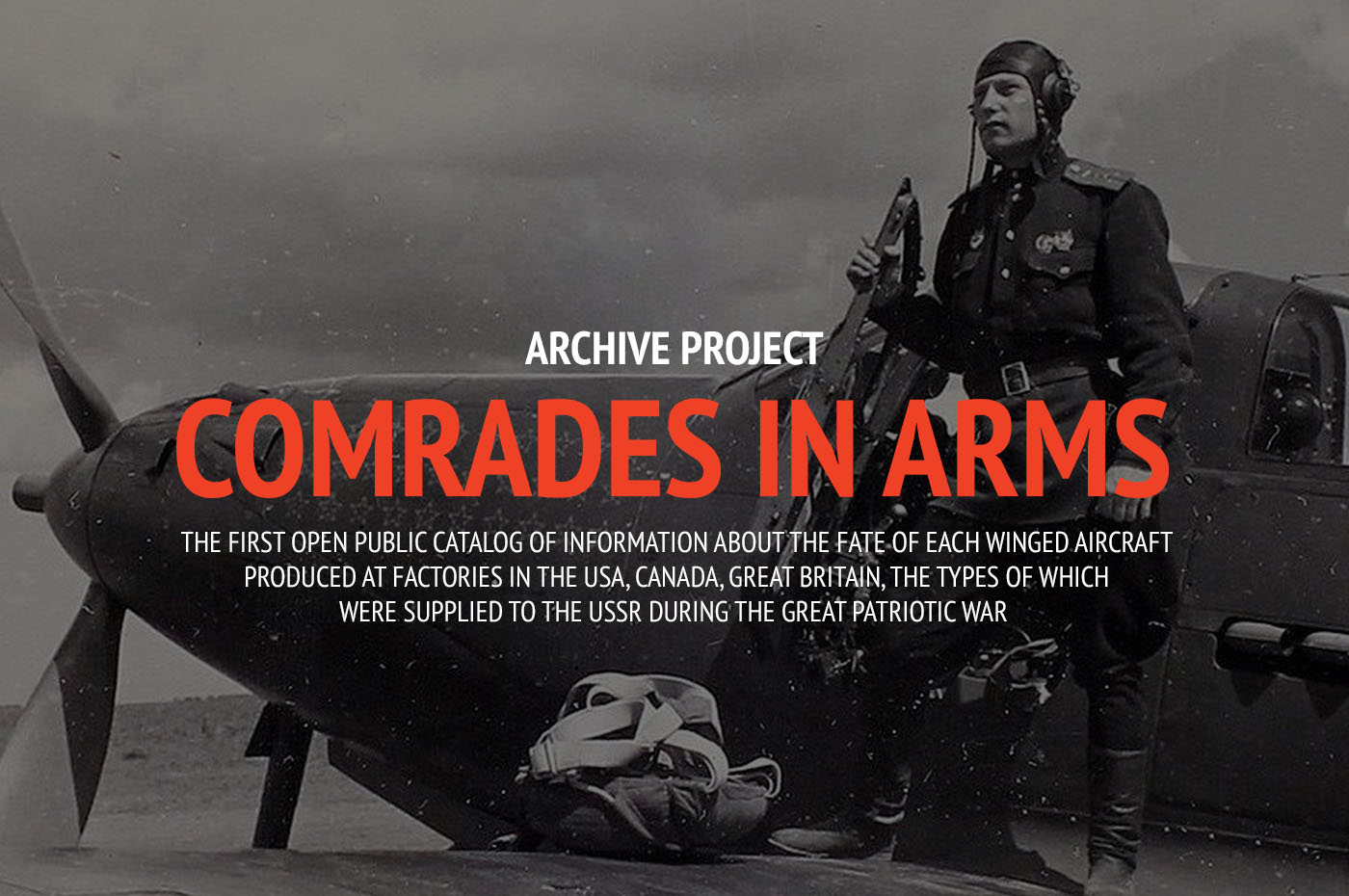 This is an open source project aimed at a comprehensive study of documents from the funds of the Central Research Institute of the Russian Federation, the Russian Navy, as well as foreign archives, to create the first open public Catalog of information in Russia to obtain information about the fate of each plane produced at the factories of Western countries-allies of the USSR in the anti-Hitler coalition (USA, Canada, Great Britain) and supplied to the USSR during World War II