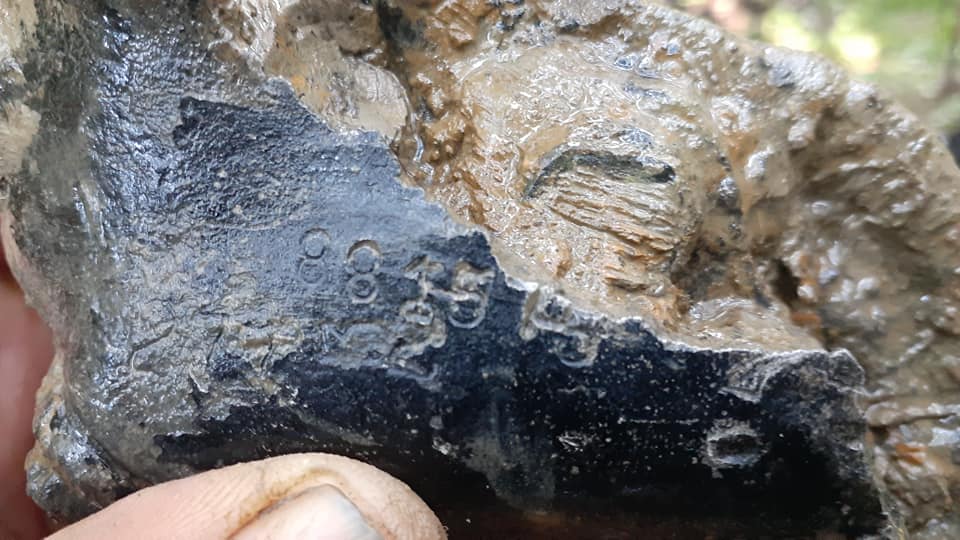 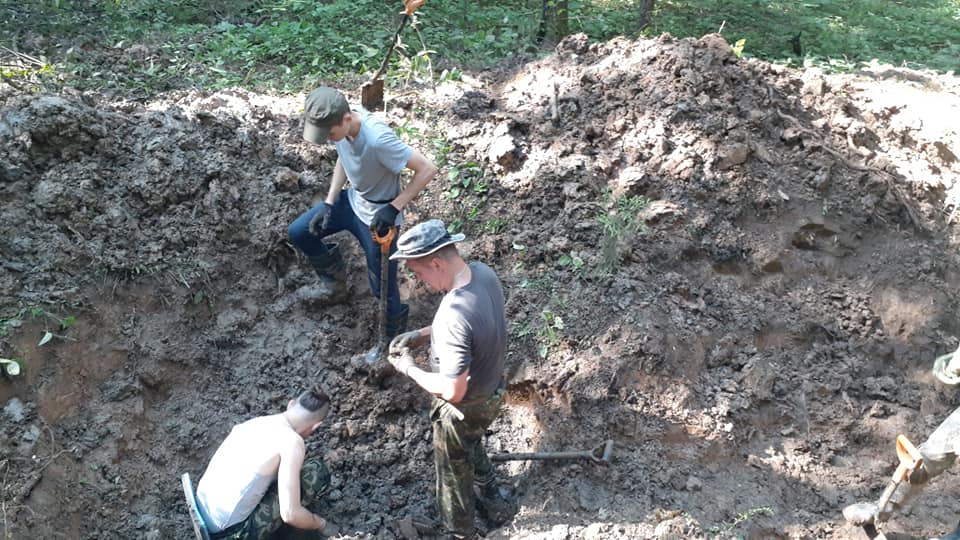 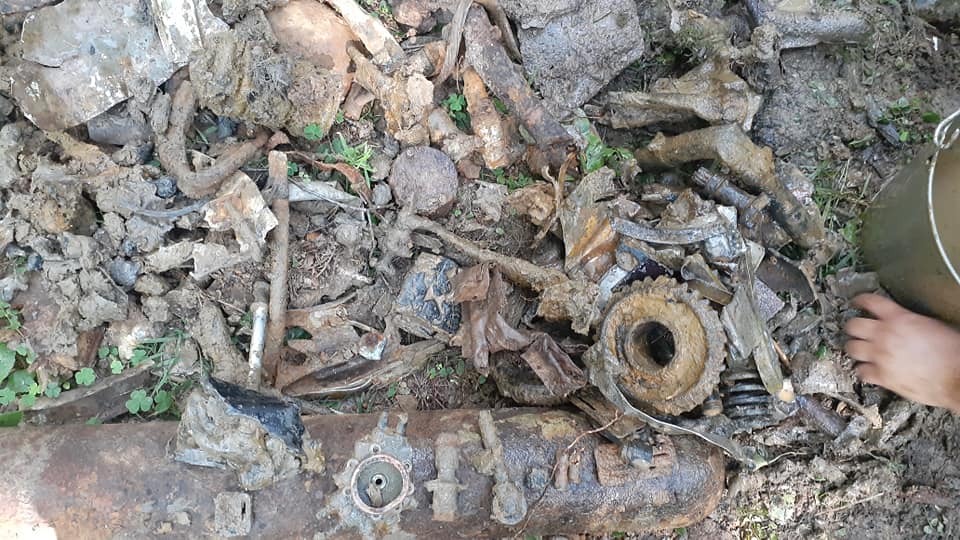 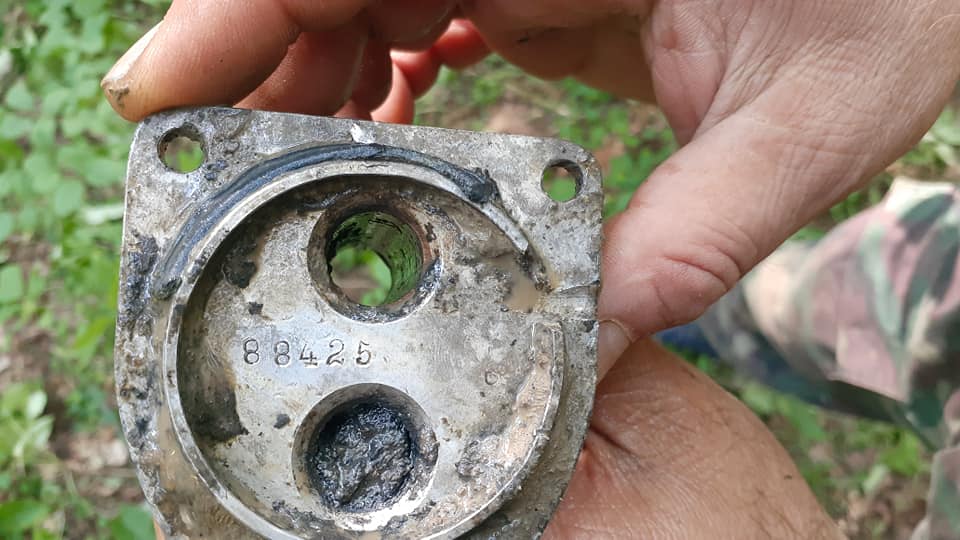 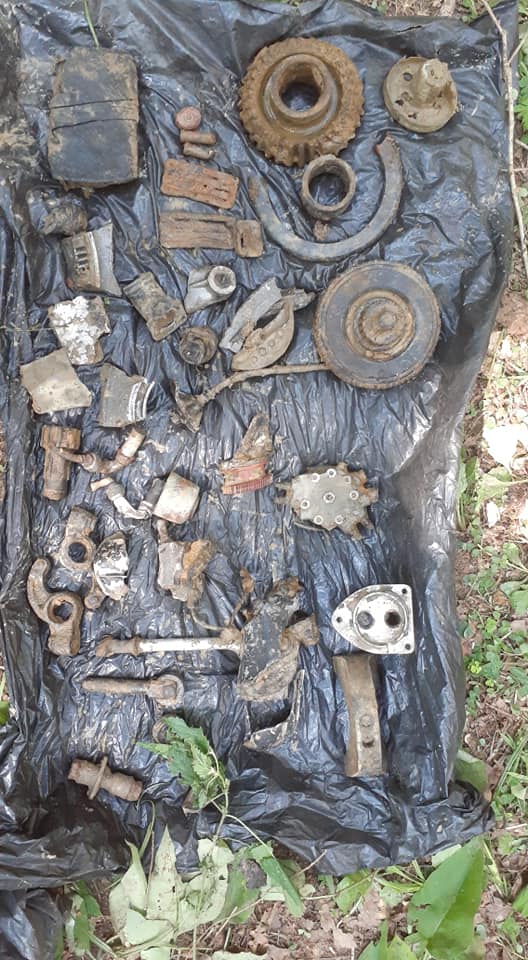 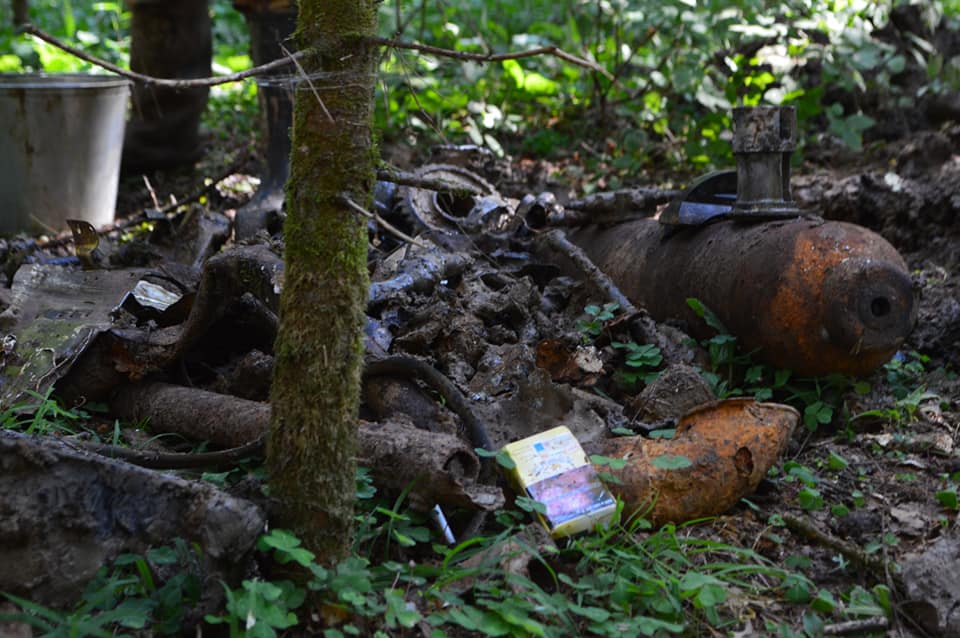 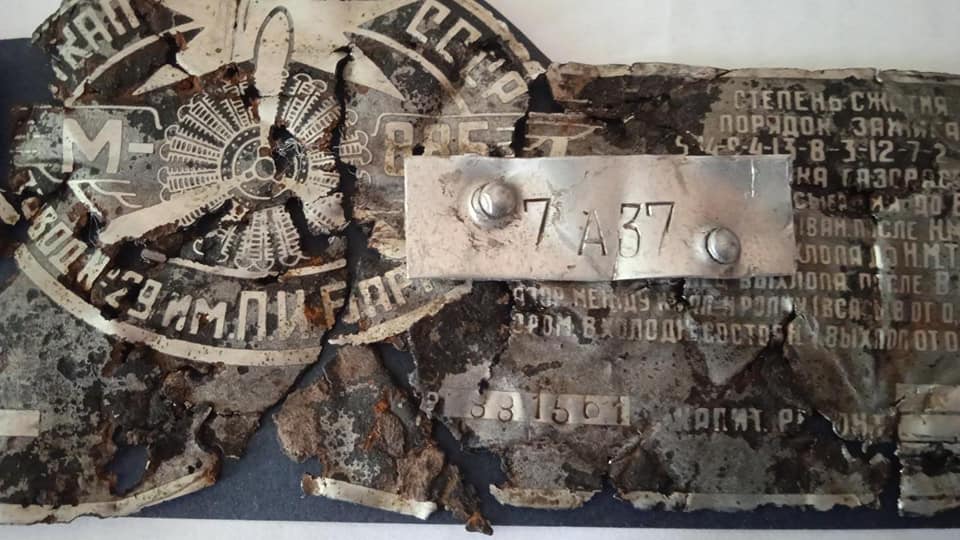 From 9 to 11 July 2021, an expedition near Naro-Fominsk, organized by specialists of the Center for Contemporary History within the framework of the Russian Search Movement project “Homeland sky”, collected fragments of the DB3-F (Il-4) twin-engine long-range bomber. The search teams “Boomerang-DOSAAF” ( Naro-Fominsk), “Vityaz” ( Moscow), the student detachment “Rearguard” of the Pirogov RSMU ( Moscow) took part in the search operations.

The crash site was discovered in December 2020. During the winter field trip, the center’s specialists managed to detect the center of the fall and find fragments of the bomber. From the frozen ground the spars, the pilot’s armor plate, oxygen cylinders, fragments of the skin, parts of the engine frame, the remains of the 7.62 ammunition from the ShKAS aviation machine gun with the dating of 1939 and 1941, and instruments from the aircraft were extracted.
In the funnel with the remains of the engines, the factory nameplate (#29 the Baranov plant) with the engine number 881561 and its double were found. The work was suspended in winter.

With the onset of summer and good weather, a search party was scheduled. Despite the hot weather, during three days of searching, our friendly team worked out the craters from the engines and the fuselage, as well as the surrounding area. In the result, two numbers from the second engine were detected: 881575 and 88425. Archival work carried out by Sergey Katkov and Kirill Chekmarev made it possible to establish that the engine with the number 88425 was installed on the DB3-F #181552 aircraft, which was part of the 212th long-range bombing aviation regiment. This regiment was in the active army from June 22 to December 3, 1941, and was formed in February 1941 by experienced pilots of the civil air fleet.

Engine #881575 was installed on the DB-3 aircraft, which was part of the 40th long-range Bombing Aviation Division. Most likely, the details of this engine served as donors for the repair of another engine (#88425). The number of the motor 881561, found in the winter exit, has not yet been traced. Archival and search work continues to establish the names and destinies of the crew. But we are more likely to believe that the crew managed to survive. No remains and fragments of the crew’s parachute systems were found at the worksite.